This all purpose formula contains medicinal herbs which enhance the body‚Äôs ability to cleanse itself of toxic and metabolic waste. Many testimony reports have come back about this tonic helping to heighten energy especially where there is chronic fatigue, and skin problems.

Be the first to review “Blood Purifier 2000 500mls” Cancel reply 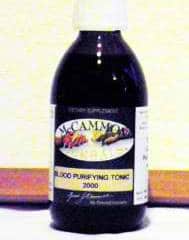